The three winners of this year’s European Gender Diversity Index are the French luxury group Kering, the French food and facilities management company Sodexo and the British pharmaceuticals company GlaxoSmithKline. 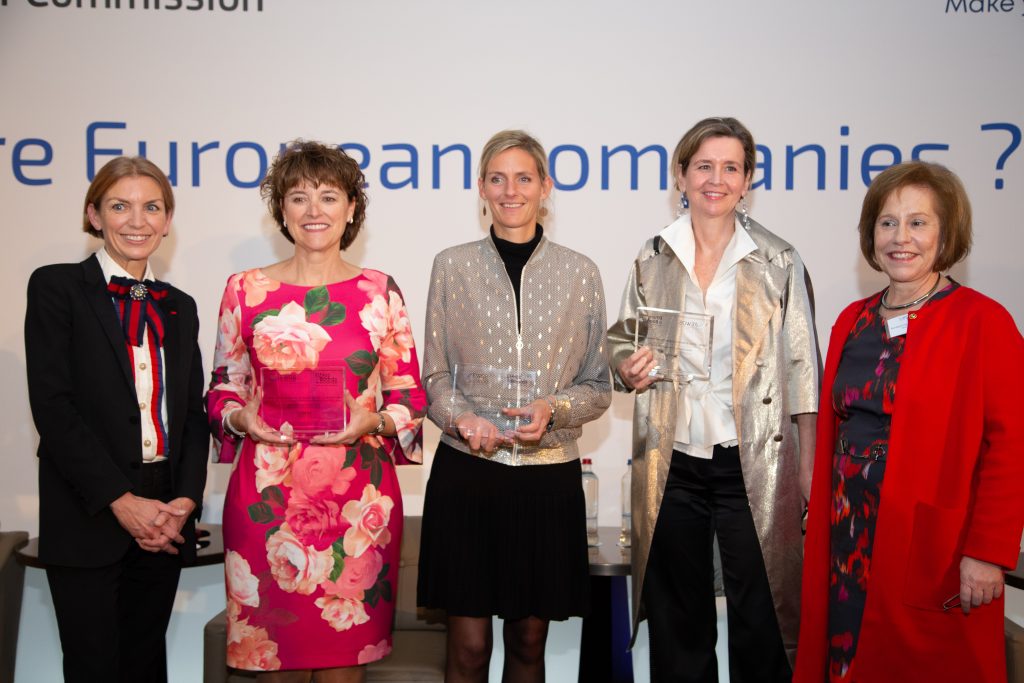 Kering: Give the example from the top

The global luxury group Kering won the prize for the highest female representation on the Board. In a video message, CEO François-Henri Pinault explained that gender parity is at the heart of the Kering mission. Convinced that an example from the top is needed, the company appointed a majority of women on its board, which today has a female representation of 64%. Kering’s commitment to the cause of women goes beyond gender parity, which is confirmed by Kering’s fight against violence against women, one of the key priorities of the Kering foundation.

Sodexo: Keep up the effort to avoid going backwards

In this year’s Index, the company with a Woman Chair and the best female representation on the Board is the French food and facilities management company Sodexo. In a video, Sophie Bellon, Chairwoman of the Board, explained how through various initiatives, Sodexo made progress.  Amongst others, Sodexo set precise targets and revised incentive schemes in the interest of gender balance progress. It also built a business case to show there is a clear relation between performance and gender balance management. Whilst at board level, real progress has been made (the female representation on the board is nearly 60%) Mrs Bellon also acknowledged that in the top 200 of Sodexo this is 32% and committed to keeping up the efforts.

GlaxoSmithKline: Part of the movement and ahead of the curve!

The company with a Woman CEO and the best female representation on the Board (45,5%) is GlaxoSmithKline. CEO Emma Walmsley was represented by Elizabeth Van Damme, Director Governmental & External Communication, who commented in her speech that an important driver of progress in the field of gender diversity is the company’s programme ‘Be You’ which goes against discrimination of all kinds and has set a clear target to progress gender equality. As one of the targets, the company has committed to reaching 37% of female representation in executive roles by 2022. Today, the company is at 31%. GSK is definitely on the right track…

During the evening, all three companies made a very strong and inspiring plea in favour of gender diversity. We thank them for their inspiring contributions.