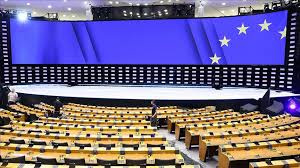 Joint hearing of the European Parliament confirms the course

On September 21st, 2020, a joint hearing was held at the European Parliament on the Proposal for a Directive of the European Parliament and of the Council on improving the gender balance among non-executive directors of companies listed on stock exchanges and related measures (the ‘Women on Boards’ proposal), with remote participation of Juliane Seifert, on behalf of the German Presidency of the Council, Helena Dalli, Commissioner for Equality and four high-level expert speakers. The hearing was initiated by the Committee on Legal Affairs (JURI) and the Committee on Women’s Rights and Gender Equality (FEMM) of the European Parliament. Ms.Päivi Jokinen, the Chairwoman of EWoB was invited by the Committee on Legal Affairs to participate as one of the expert speakers. We  believe her invitation proves the position of the European institutions to recognize EWoB as one of the most respected European organisations in this field.

The keynote speakers have expressed a strong will to enforce the Directive in the course of the German Presidency. Their idea was largely supported during the consequent online discussion. Since there are about 20 European countries with no or rather soft measures taken to support the gender equality on corporate boards, the search for local associations – local ambassadors of gender equality – will continue to be one of the goals for EWoB and its supporters. Please, contact us to discuss your suggestions on how to engage more local associations at martina.klepalova@europeanwomenonboards.eu.